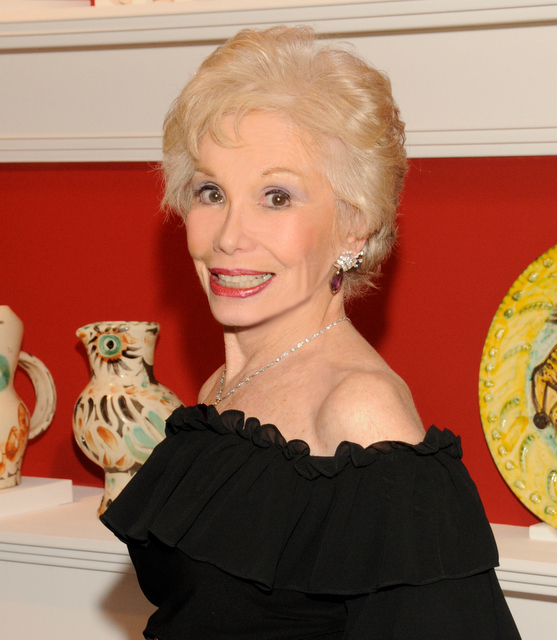 It's Springtime in the Desert!  Such an exciting week, such an exciting time.  The Tennis was wonderful - Mom and I were able to see the doubles match with Federer versus Nadal thanks to Tee Jones and her courtside box in the 1st and 2nd rows.  Her family has had the same box since Charlie Passarelle started this exciting tennis tournament when the Indian Wells Tennis Gardens first opened.  Thank you to the City of Indian Wells for the seats to the Finals. Was hoping for a Federer-Nadal match, but alas, it wasn't to be!  There's always next year - hope, hope, hope. However, Djokovich is an excellent tennis player at the top of his form.

Also this week the Mizell Senior Center honored the City of Palm Springs and Lisa Houston for the great job she's doing with FIND (Food In Need of Distribution).  The event was chaired by Rick Peterson. Kathleen Hallock, President, welcomed the guests and special tribute was paid to Sidney Craig, Executive Vice President. (Craig is also active with the Human Rights Commission and the Palm Springs International Film Festival). Palm Springs City Councilmember Lee Weigel accepted the award for the City of Palm Springs.